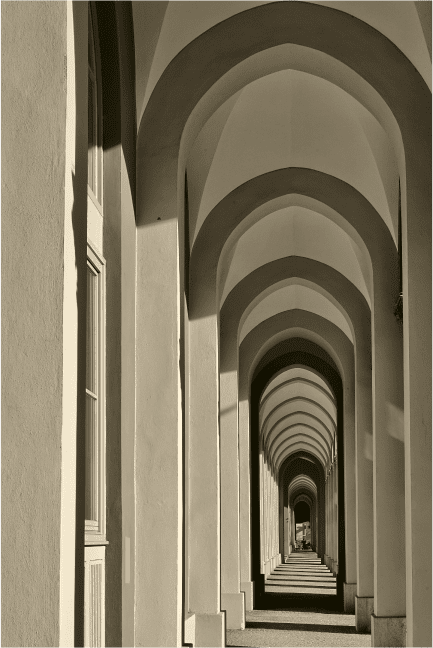 We enter our front garden through a beautiful archway in the form of a half-circle, cut into the perimeter fence. As we walk down the path to our home, we pass under two other identical archways which are free-standing. Do all of any of them need mezuzot?

Your front archway is part of the perimeter fence, and consequently it deserves a mezuzah, without a berachah.

But the archways over the garden path are not within a structure and are therefore exempt according to many authorities.[1]  Other authorities recommend that even free-standing arches deserve a mezuzah, also without a berachah.[2]

However, your garden path archways are exempt for another reason: They are purely decorative. As such, even if they would be in the rectangular form of a normal doorway, and even if they would be indoors, they would not need a mezuzah. An example of this would be a long hallway that an architect has designed with repeated doorways for purely aesthetic rather than utilitarian purposes.[A] 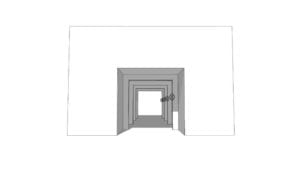 Another example would be a decorative archway, inside a room, that serves no real function[3][B] 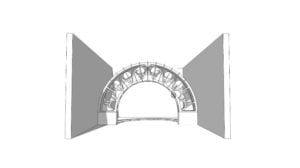 On the same topic, if the a room is enterable by multiple archways that stand side by side,[C] 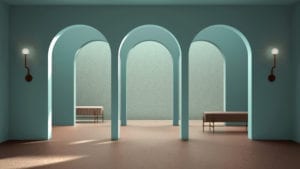 they are considered one collective entrance, and only one mezuzah would be necessary, which would be placed on the far right side.[4]