Why do I need a mezuzah case, and which type is preferable?
← Affixing Mezuzot on Both Doorposts in Doubtful Situations Opaque Cover for Bedroom Mezuzah →

Why do I need a mezuzah case, and which type is preferable? 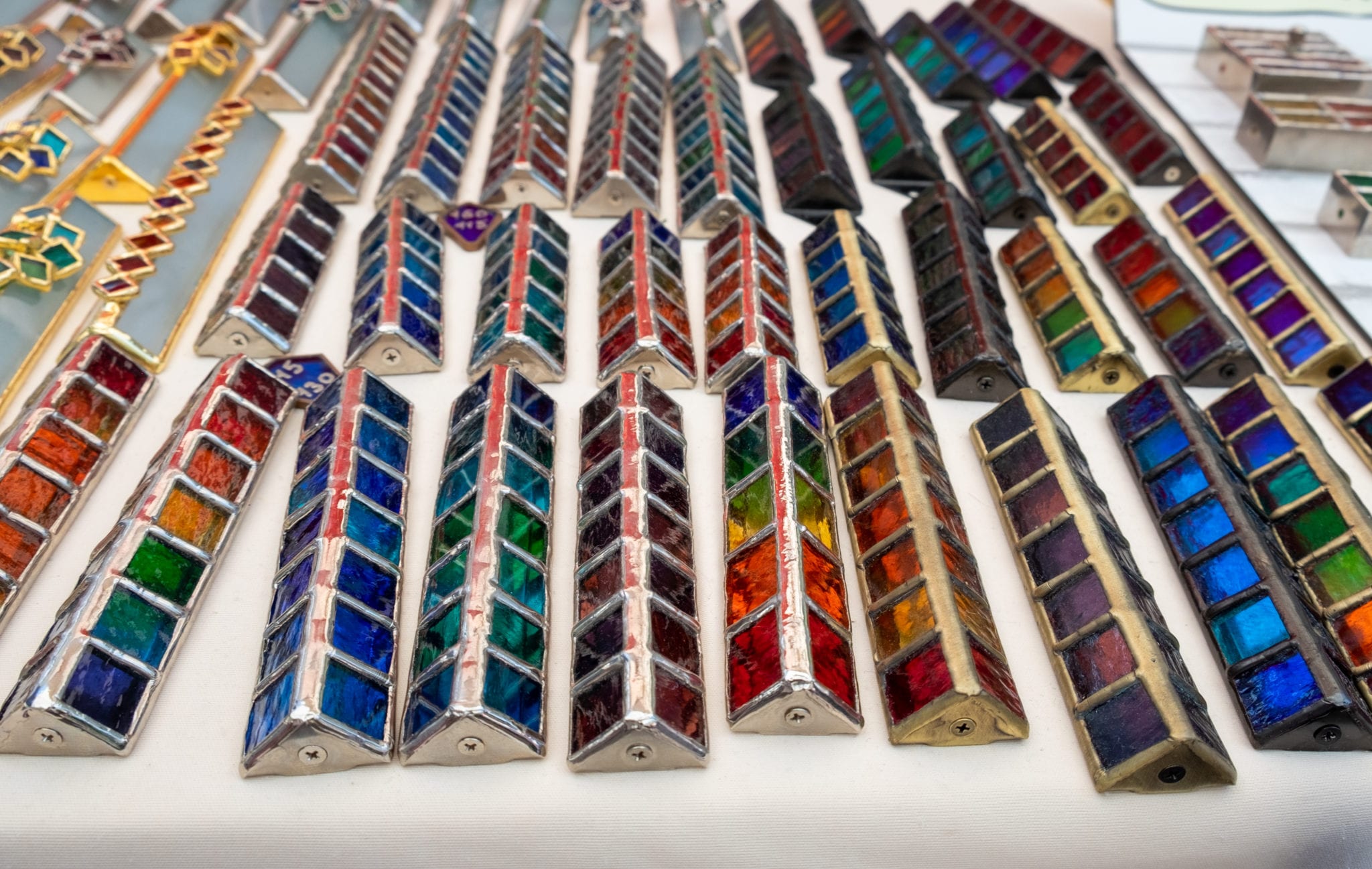 My son became religious and took off a year to learn in a Yeshiva in Israel. He will be coming home in a couple of weeks, so I went to buy a mezuzah for our door. I was totally confused by the variety of covers: Some had backs, and some didn’t; some were clear plastic, and some were opaque; and some were tubes that opened from the bottom. More importantly, some were reasonable, but some were very expensive! Can you help me buy the right one?

Firstly, let me express my respect for the sensitivity you are showing toward your son’s chosen path.  I hope that the steps you are taking to accommodate him will be meaningful for you as well.

Let me give you a little background to help you choose the right cover for the right situation:

Need for a Cover – Because it is customary to touch mezuzot as one passes by them, a cover ensures that the letters of the Divine Name written on the back of the scroll are not wiped away over time.[1]

Some authorities add that the cover serves to protect the mezuzah from contact with hands that have not been ritually washed.[2] Additionally, the cover secures the mezuzah in place[3] and keeps it from unrolling.[4]

Protective Back – A mezuzah cover serves to protect the scroll from damage due to moisture or other factors.[5] Consequently, a cover with a protective back is preferable for most doorways.[6]

Tube – A tube cover that opens from the bottom would be the ideal choice for a mezuzah that will be exposed to the rain.

Clear or Opaque – A clear cover that allows the Divine Name on the outside of the scroll to be seen is generally preferable. However, opaque covers are appropriate in rooms where the mezuzah may be exposed to filth or immodesty.[7]  An opaque cover will also protect the mezuzah from damage due to exposure to the sun.

Expensive – The Sages teach that we are enjoined to beautify the mitzvot. They base this on the verse: “This is my God and I will glorify Him (Shemos 15:2).” However, the Talmud states that a person is only required to add a third onto the cost of the mitzvah to achieve this.[8] For example, if the mezuzah scroll itself costs $36, one would not be obligated to spend more than $12 to beautify it.[9] However, this “beautification” applies to buying a beautifully and carefully written scroll even more than to investing money in a beautiful cover. The $12 top-up would apply to the total obligation.[10]

All this is in regard to your basic obligation. You can certainly choose to invest more money in purchasing choice mezuzah scrolls and decorative covers according to your means and personal taste. Our Sages teach that one who “splurges” on a mitzvah, is, in a sense, spending Hashem’s money, and the expense will ultimately be repaid by Heaven in his lifetime.[11]

Although you didn’t mention the purchase of the scroll, I’d like to point out how important it is to source it from a reliable scribe or from a bookshop that is known to stock only properly kosher scrolls and tefillin. Tragically, there are some shops that sell substandard scrolls and even some that practice outright fraud. It’s very nice to have a beautiful cover, but only if it adorns a kosher mezuzah!

[6] Pitchei Teshuvah (289:2) cites a tradition that the Vilna Gaon instructed that nothing should intervene between the scroll and the doorpost. However, Aruch HaShulchan  questions the validity of this oral ruling as it would be in contradiction to the Talmud’s explicit instruction that the scroll be placed in a tube (Bava Metzia 102a). Mezuzot Beitecha (289:1) reports Chazon Ish’s contention that the Vilna Gaon would never have made such a statement.