Opaque Cover for Bedroom Mezuzah
← Why do I need a mezuzah case, and which type is preferable? Scroll Encased in a Glass Tube → 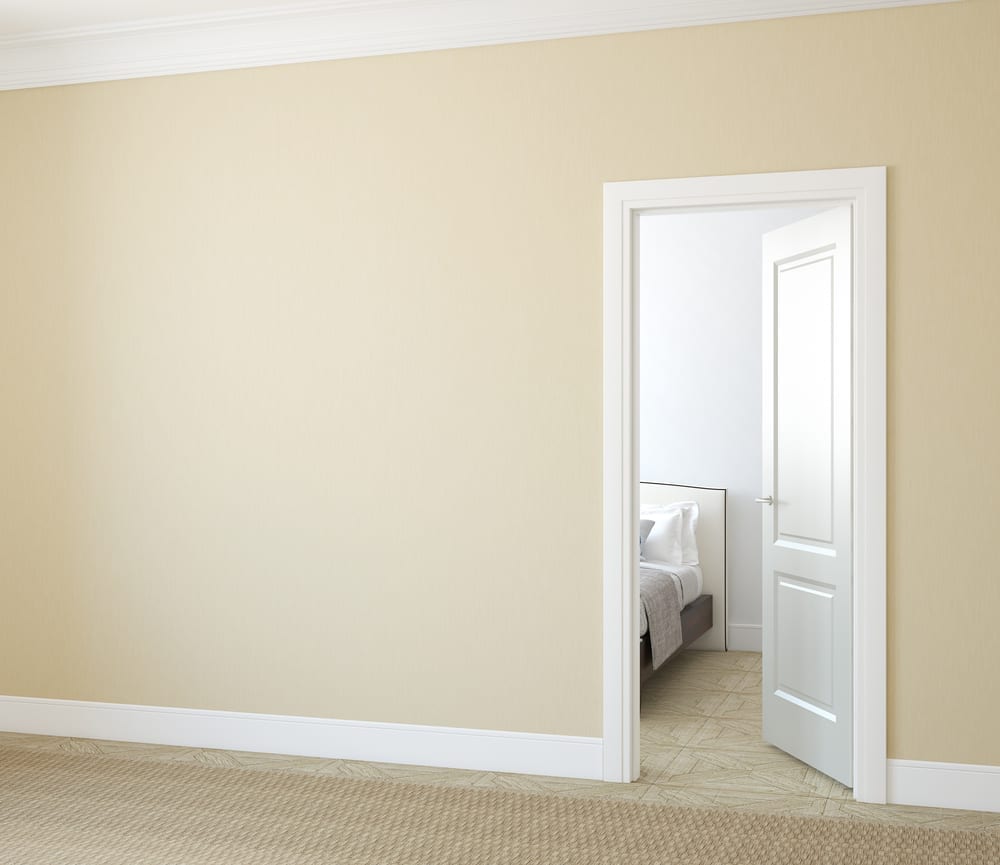 On my recent trip to Israel, I bought some clear plastic mezuzah covers for the scrolls that I am planning to put on our new home. I like to see the actual mezuzah, and I have heard that the letter “shin,” which stands for Hashem’s name, is supposed to be left uncovered so that it will shine forth with its blessing into our home. When our local sofer came by to help us put up the mezuzot, he suggested that we use opaque covers for the bedroom mezuzot. Why is this so?

A bedroom is a living area that serves a variety of dignified functions. It therefore requires a mezuzah even though people sometimes expose themselves while getting dressed in the room or a young child’s dirty diapers are changed there.[1]

However, the mezuzah should be encased in an opaque cover in a room where adults or children might expose themselves.[2] This would apply even if the mezuzah is on the outside of the door, as sometimes the door is inadvertently left open.[3] A mezuzah inside a room occupied by a married couple requires two covers, one of which must be opaque.[4] However, if a closed door intervenes between the room and the mezuzah, a single cover is sufficient.

An opaque cover is also advisable in a room where soiled diapers are changed.[5]

A garbage pail, changing table, or even a mop and bucket should not be placed within four amot of the mezuzah, even if it has an opaque covering.[6]

This cover may be transparent, unless there is a chance that people will expose themselves when the door is partially open.[7]

If one affixes a mezuzah on the doorway of a large closet inside the master bedroom, it should be placed on the closet side of the door, and the door should be closed during relations.[8] It is advisable to cover it anyways with a double cover, in case the door is inadvertently left open.[9]

To make a double covering, wrap the mezuzah in a small piece of paper and place it in an opaque cover, before affixing to the post.[10] The plastic wrapping that is often found on a mezuzah at the time of purchase is there to protect it from moisture, and is not considered a covering.[11]