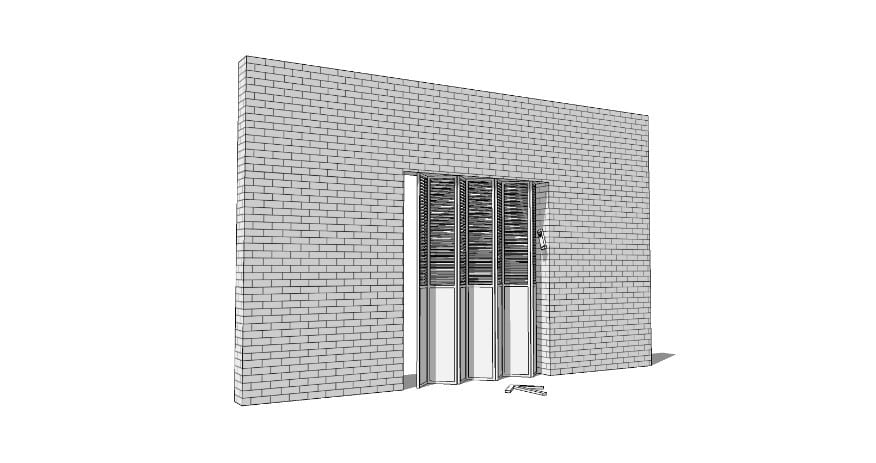 We divided our big family room by putting up an accordion door from wall to wall to make a space for a home office. I’ve got a few mezuzah questions: 1. Maybe the room should still be considered as one large room and the accordion door doesn’t need a mezuzah? 2. The accordion door has no lintel except the rail that it slides along. Is that rail really a lintel? 3. The door can’t open all the way to the right as it folds up against itself. Here’s the problem: if I put the mezuzah on the doorpost, it will be farther than a tefach from the opening. Yet, it doesn’t seem right to put it on the door itself, even on the fixed section.

Let’s start with your first question. The use of part of the room as a home office would grant it a distinct status as an independent room. Even if it is only enclosed by the accordion door from time to time, its doorway needs a mezuzah.[1]

To answer your second question, the railing is deemed to be a lintel for the doorway.[2]

Your third question is a matter of controversy. In fact, some authorities hold that one should hire a carpenter to construct a special doorpost for the mezuzah.[3]

However, many authorities hold that the fixed part of the door would be considered as a doorpost and the mezuzah should be placed there.[A] 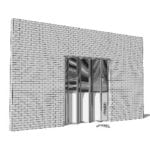 Unfortunately, the mezuzah may then be facing out and not under the lintel.  This is not ideal, but the best under the circumstances.[4]

Other authorities allow the mezuzah to be placed on the doorpost, even though it will then be more than a tefach away from the opening.[5][B] 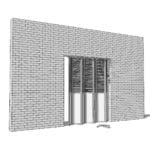 In either case, no berachah should be recited on this placement.[6]

[6] Each one of the three issues raised in the question is a halachic controversy.